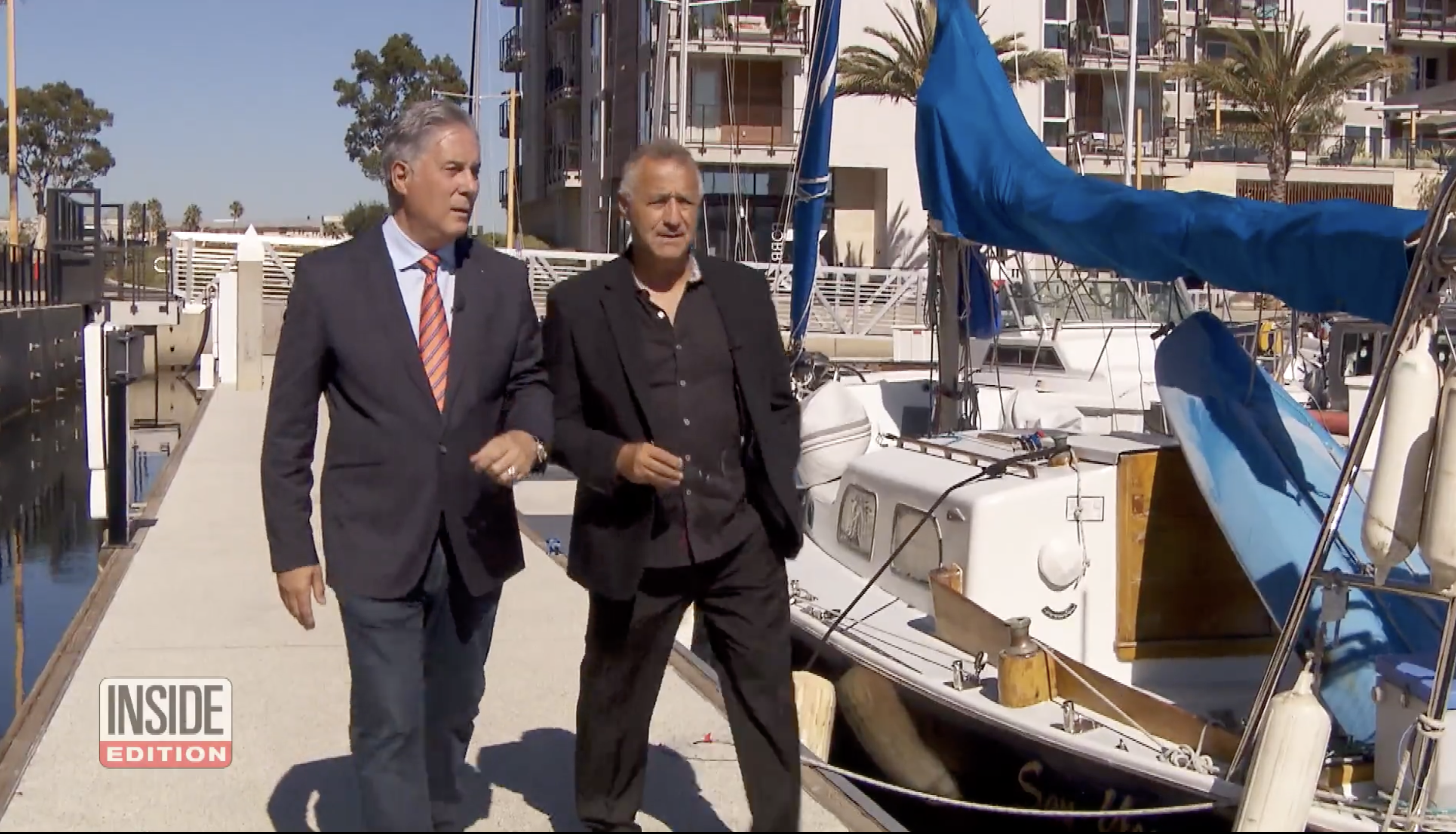 MARINA DEL REY, Calif. — Koz Khosravani recently moved to Marina del Rey and just learned how to sail on his own, but he is already getting recognized around the harbor. That’s because the story of what he accomplished one Sunday morning in September has had a ripple effect.

“What Koz and his guests did aboard his boat that day was just tremendous,” explained Rhodes.

Khosravani was embarking on his first sailing voyage outside the marina harbor with three guests. Their destination was Malibu.

Before they left, Khosravani gave his passengers a crash course in sailing safety.

About three miles off shore, the passengers saw a pod of dolphins. That’s when Khosravani noticed something else.

“And that’s when I saw a hand waving,” he said.

Khosravani can recount every detail of the intricate effort it took to pull aboard a stranded victim.

“How do you get someone who is almost unconscious, almost like a dead weight, into the boat?” he said. “She was all slippery.”

A woman who had gone skinny dipping at midnight in Santa Monica had been swept out to sea. By the time Khosravani and his passengers found her, she had been in 60 degree water for nearly 12 hours.

Khosravani radioed for emergency response. Capt. Rhodes arrived on scene and assessed the victim. “Mid-twenties female on board their vessel, wrapped in blankets. She clearly was exhausted, looked weak and to be suffering from hypothermia,” recalled Rhodes, who was able to initiate the woman’s transfer to the UCLA Medical Center.

The woman lived because Khosravani was prepared.

Khosravani hasn’t been able to speak with her since saving her life, because her identity is protected. He has to wait for her to make contact. But he thinks about the young woman a lot, because she gave him a new perspective on life.

“Besides the fact I would say to her, ‘I’m so happy you are alive,’ I would say, ‘You have a second chance, make it count.’ That applies to my life too after this experience,” he said. “I suddenly feel like life is fragile and you should live it every day because you never know what is going to happen.”