[LA TIMES] A woman was stranded in the ocean for 12 hours. A novice boat captain saved her. 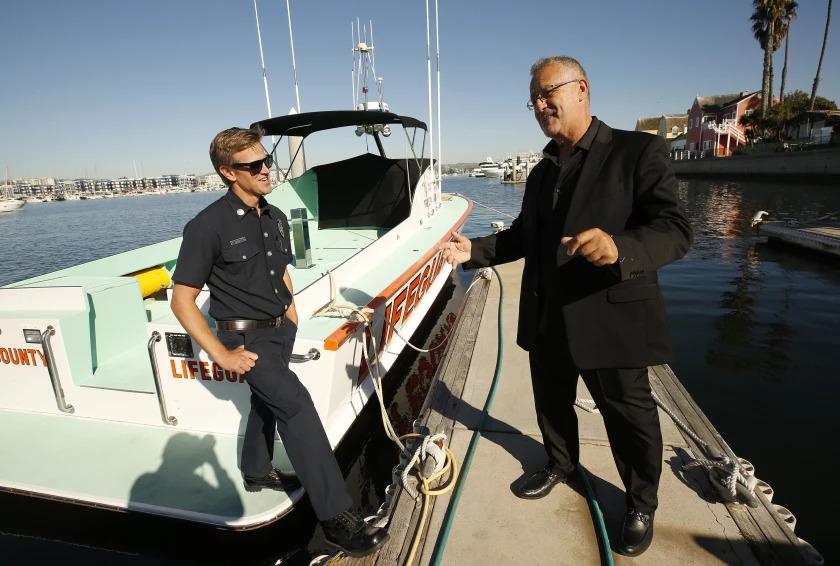 BY NATHAN SOLISSTAFF WRITER
OCT. 29, 2021 9:28 AM PT
An extraordinary water rescue off the coast of Marina del Rey last month started with a pod of dolphins.

Or maybe it really began with a hernia and a new hobby.

Either way, the maiden open-water voyage of Khosrow Khosravani aboard his new sailboat took an unexpected turn in late September when he saw a single hand reaching up from the frigid waters of the Pacific Ocean.

A month after hoisting a naked, shivering woman onto the deck of his 25-foot boat, Khosravani still marvels at all that led him to being in the right place at the right time that day.

“I’m questioning how everything aligned,” the 59-year-old said. “I came from Iran 43 years ago. I don’t practice religion. But so many things went right for this lady. At the end of the day, I don’t believe it was divine intervention.”

He pauses for a beat before adding, “I’m a scientist, but thank God for all that did go right.”

A few years ago, a hernia injury sidelined the athletic Khosravani. Determined to stay active, he learned to swim by watching YouTube tutorials. An instant love of the ocean was born.

Khosravani moved to Marina del Rey in July and figured if everyone else had a sailboat, he would buy one too.

The former information technology expert, who had previously lectured on the university circuit, including at UCLA, had never navigated a boat. To prepare, he took courses approved by the American Sailing Assn. as well as the required online classes to get his California boater’s license. He studied the basics, including how to sail near the craggy coast.

And he learned how to pull someone out of the water if they went overboard.

On the morning of Sept. 26, Khosravani set sail from Marina del Rey for Paradise Cove near Malibu. It was his first time taking the boat into open waters, and he gave his three passengers a crash course in the event of an emergency.

About three miles off the coast, his party spotted a pod of dolphins. Khosravani tracked the animals as they crossed in front of the bow. 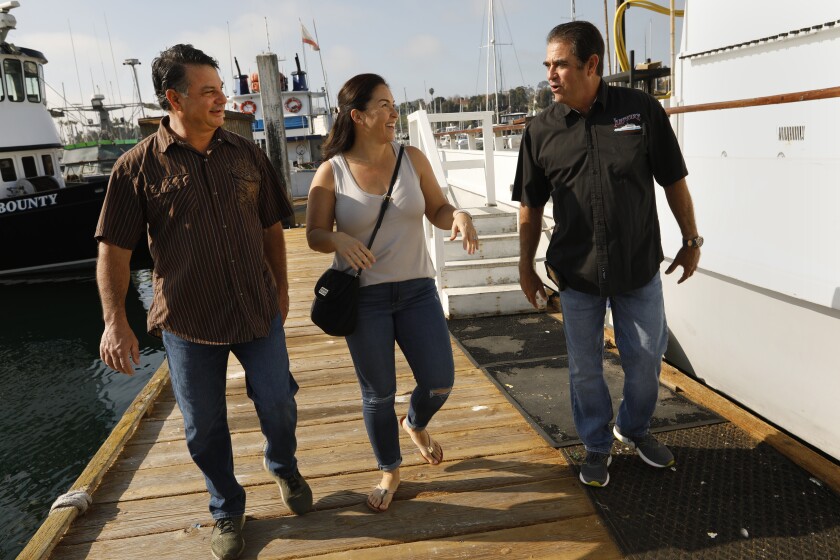 “Once they passed was when I saw a hand in the water,” he said. “It was about one city block away. At that point, I wasn’t sure I saw what I saw. Then I was sure it was a human as we got closer.”

Khosravani’s training from a few weeks earlier kicked in. “It was all fresh in my mind,” he said.

He knew he had to maneuver his boat against the wind so it would not crash into the skull of the person bobbing in the water.

As he pulled alongside, he saw the pale shape of a young woman in the dark blue water. She was nude and barely staying afloat. Khosravani tossed a flotation device to her but she was too weak to grab onto it. He circled the Defiant back toward her, and one of his passengers threw another line, which she caught.

Khosravani turned off his outboard motor once the woman was close to the boat, then leaned over and managed to hook his arms beneath her armpits and yank her onto the deck.

His passengers rushed to wrap the woman in a blanket while Khosravani signaled mayday on his emergency radio.

Roughly six nautical miles away, L.A. County Fire Department ocean lifeguard Capt. Matt Rhodes heard the call. The details weren’t clear, but he caught what he needed to: A person had been pulled out of the water 3 miles from shore.

“Already, it felt like a weird one,” Rhodes said Thursday, recounting the rescue. “Why is there a person that far offshore?”

Rip currents can pull swimmers a couple hundred yards out from the beach, he said, but this was much farther away.

When Rhodes arrived at Khosravani’s boat, the woman’s skin was “ashen-colored” and she could barely speak.

She managed to tell him that she had gone skinny-dipping sometime around midnight off Venice Beach, 12 hours earlier. She had been in the water — whose average temperature off Malibu in September is 68.4 degrees — the entire time.

The rescuers parted ways that day, uncertain what the woman’s fate would be.

“I know it’s an odd one, and when I tell people the story now, I have to preface by saying, ‘OK, I know you’re not going to believe this,’” Rhodes said. “If you told me that someone was floating in the open water for 10 to 12 hours without thermal clothing, I would look at you sideways.”

Rhodes said it’s a miracle the woman, who is in her mid-20s and has not been identified to protect her privacy, survived. They learned that she was hospitalized for three days and treated for hypothermia, then released.

“Without you there,” Rhodes said turning to Khosravani, “I’m almost certain she would have died.”

Although she has not reached out to the men who saved her, both Rhodes and Khosravani said they hope she knows people care for her.

“Wherever she is in life, I hope that she’s feeling — I don’t know the right word,” Rhodes said. “I just want her to know that there are people who care.”

Khosravani said he would tell the woman, “I’m so glad you’re alive. I’m glad you will hopefully have decades and decades of life ahead of you. The most important thing: This is a second chance; make it count.”

The at-sea rescue did not deter Khosravani’s enthusiasm for sailing. In fact, he recently sold the Defiant for a larger boat, which he named the Defiant II.

Rhodes joked that it would be harder for him to pull a person from the water onto a bigger boat. But Khosravani shot back that he now has more room to rescue people.

We look forward to helping you achieve your goals. If you're just starting out or hoping to increase your experience level and skillset, we'll get you there. Blue Pacific Yachting has served the Marina del Rey community for more than 30 years. Sailing, powerboating, trips to Catalina Island and the Channel Islands, yacht racing classes, spinnaker clinics, catamaran courses, docking clinics, instructor certification courses — we cover it all. We are proud to be LA's premier boating destination.