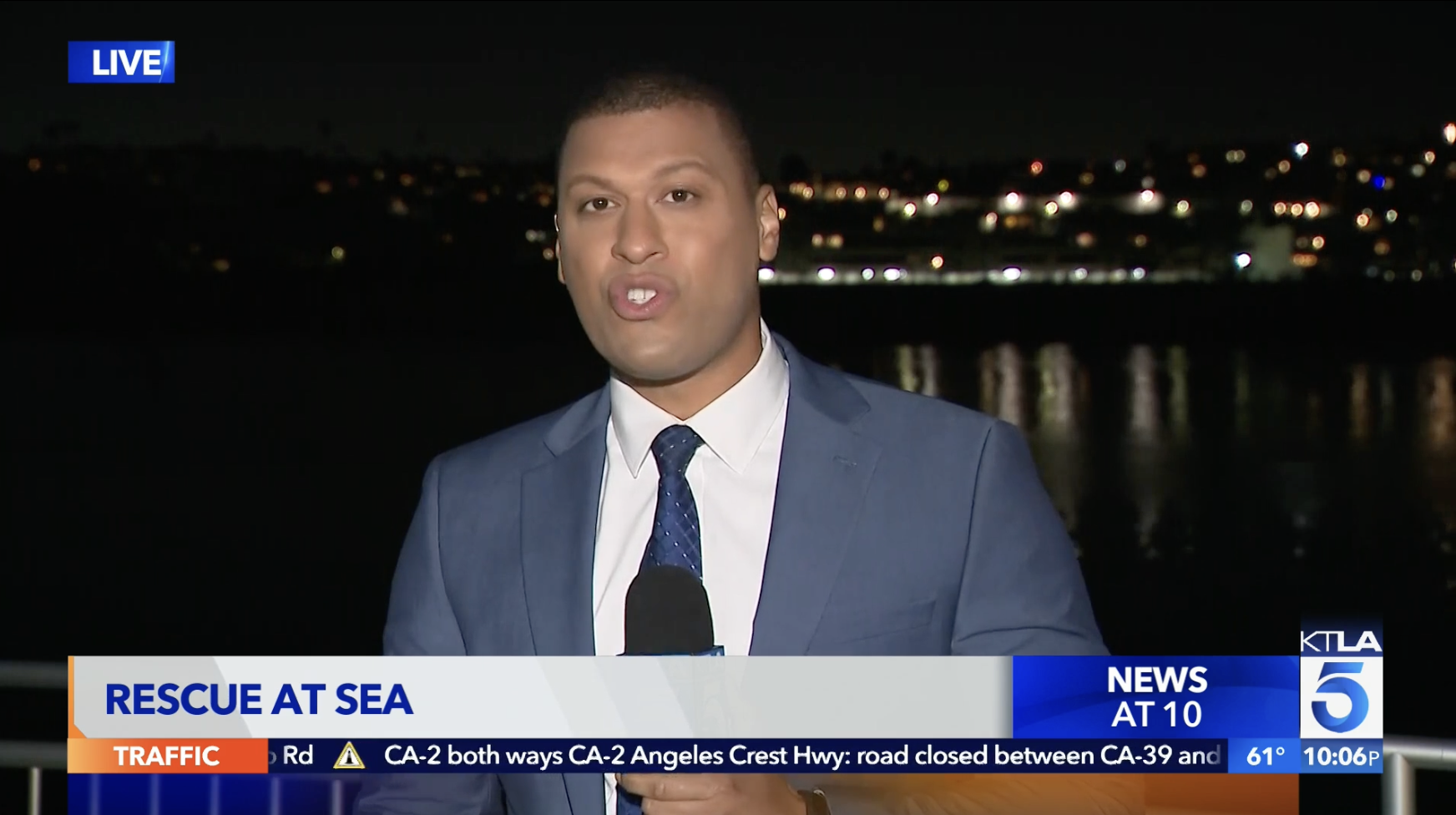 After 12 hours stuck at sea off the coast of Marina Del Rey, a woman was saved last month by a sailor who happened to spot her hand while marveling at a pod of dolphins.

On Sept. 26, Khosrow “Koz” Khosravani and a group of friends embarked on a sail from Marina Del Rey to Paradise Cove in Malibu. During the trip, Khosravani spotted a pod of dolphins and decided to deviate from the route to get a better view. That’s when he saw something unusual.

“I saw a hand,” he says. “If it wasn’t for the dolphins, I would have never seen this lady, who only had a few minutes to live.”

At the start of the trip, Khosravani, who had just finishing sailing school a few weeks prior, taught everyone on board what to do in case of an emergency.

“I told them these things will never happen but it’s good to know,” he recalls. “Well, 30 minutes later, they needed all the training.”

First, Khosravani threw out a floatation device but the woman was too weak to use it. So then he used a buoy with a 70 feet cord.

Five minutes later, he got the young woman to the side of the boat and pulled her on board. Khosravani says she was naked, exhausted and could barely speak, and they wrapped her in a blanket.

“I asked her if she is alone or if there are other people we should look for,” Khosravani recounts. “She could barely say her first name and she said she’s alone.”

Khosravani called the Los Angeles Fire Department, and within seven minutes, crews reached the sail boat and took the woman to safety.

They later learned the young woman had gone out alone for a late night swim, when she was taken two and a half miles away from shore. She survived by floating on her back for 12 hours.

“There is something in this universe, it just wasn’t her time,” Khosravani says. “I consider myself maybe spiritual rather than religious. But the things that happened one after another, if all wouldn’t have aligned together, this lady wouldn’t be with us today.”

The woman has not been identified but she was released from the hospital after three days of being treated for hypothermia.

Khosravani says he hasn’t spoken to the woman but will do so when she’s ready.

He adds that he hopes more sailors and their crews stay up to date on their training, in case they are in a similar situation.